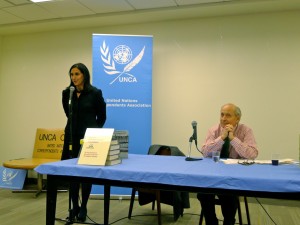 The UN Correspondents Association in cooperation with the UN Staff 1% for Development Fund hosted a book reading on Wednesday, February 19, 2014 with author and UNCA member Stephen Schlesinger on his latest book The Letters of Arthur Schlesinger, Jr (Random House), a collection of letters by his father, an acclaimed American historian.

A United Nations scholar and author of Act of Creation: the founding of the United Nations, Mr Schlesinger read from his new book, which received a recent New York Times review, and signed copies for members of the UN press corps and UN Staff.

Proceeds from book sales benefited literacy projects of the UN Staff One Percent for Development Fund in Uganda and Haiti. 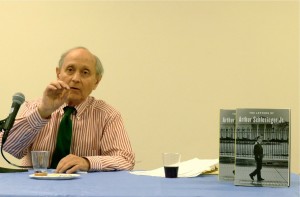