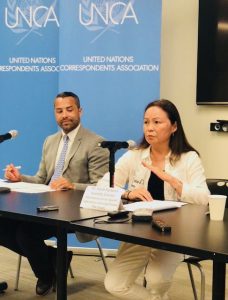 On Tuesday, August 14th the United Nations Correspondents Association held a press briefing with Dr. Paula Fujiwara, Scientific Director of the International Union Against Tuberculosis and Lung Disease (The Union) to discuss the negotiated Political Declaration to be presented at the first UN High-level meeting on Tuberculosis in September.

The event was moderated by UNCA President and SABC News Correspondent, Sherwin Bryce-Pease.

Dr. Fujiwara’s BIO and a video of the briefing are available below. 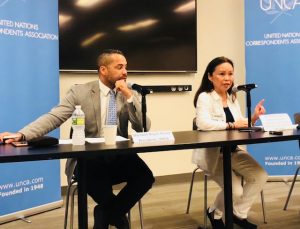 Dr Paula I Fujiwara, MD, MPH, was seconded by the US Centers for Disease Control (CDC) to The Union in 2001. She has since served as Director of both the Departments of HIV and TB and became Scientific Director in June 2013, with responsibility for overseeing all technical departments and projects of The Union. Dr Fujiwara and her team developed the successful Integrated HIV Care for TB Patients Living with HIV/AIDS (IHC) Programme in Africa and Asia, as well as related courses and a technical guide. She has provided technical assistance to numerous national TB programmes and represents The Union on key committees, such as WHO’s STAG-TB, as well as serving as a Senior Advisor to Vital Strategies, The Union’s affiliate in North America.

Prior to coming to The Union, Dr Fujiwara was seconded by CDC to New York City’s Bureau of TB Control, during which time, the incidence of TB declined by more than two-thirds and MDR-TB almost disappeared. She completed her medical training at the University of California (UC) Davis and UC San Francisco and also holds a Master of Public Health and a Master of Science degree from UC Berkeley. She has published scholarly articles on the public health aspects of TB control and MDR-TB.

#MitchMcConnellHates Mitch McConnell wants to undermine Joe Biden in every which way. He is scared Biden will win another term beating the Republicans.

TrumpThemean Biden helps families reunite while Trump’s policy divided them. And above all Trump was gleeful why He boasted as the US President .

"There is no place for famine and starvation in the 21st century” @CBSNews twitter.com/cbsnews/status…

The tragic situation in India should raise alarm bells for all of us. Unless the world steps up & helps India now, there will be reverberations across the region & the world in terms of virus-related deaths, virus mutations & supply delays: @unicefchief. @PTI_News #COVID19India

“We certainly understand that there are members of the Indian delegation to the G7 that have tested positive for COVID-19, and at the same time we send our well wishes for good health and a speedy recovery”: US ⁦@StateDept⁩ spokesperson. ⁦@PTI_News⁩

Millions are at risk of famine if action isn't taken @CBSNews // UnitedNations cbsnews.com/news/global-hu… 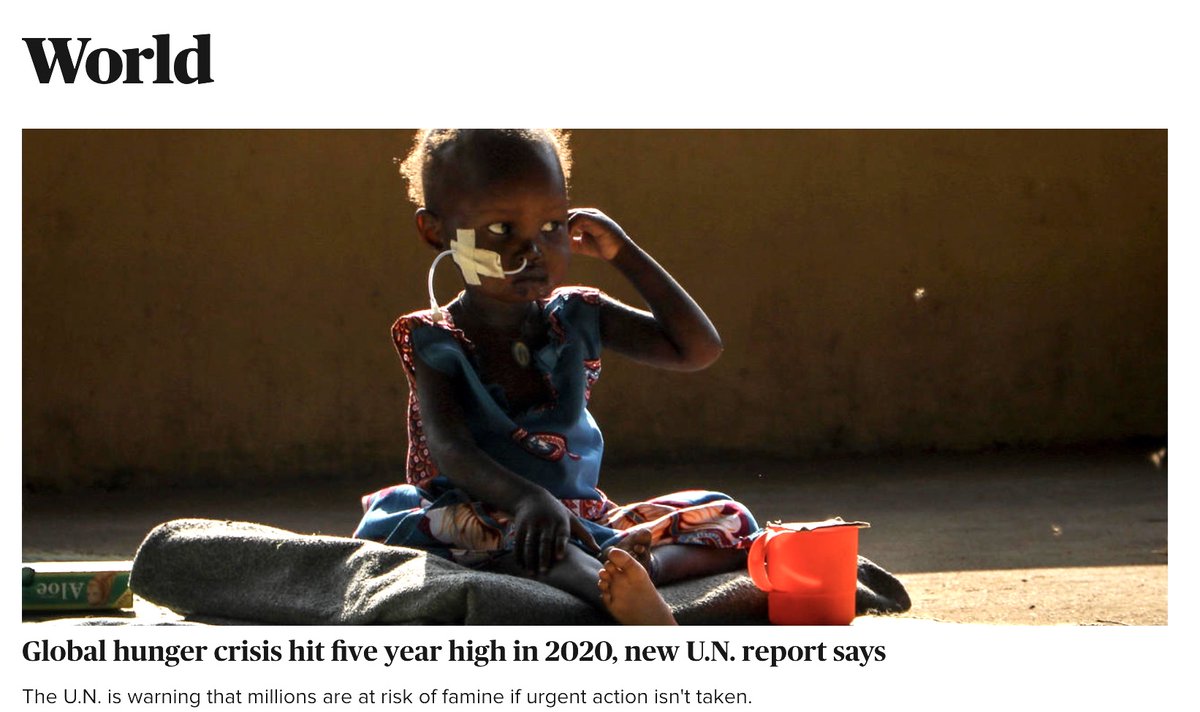 A serious topic, but I stand by my silly off-the-cuff comment that we want a global arms embargo to stop #Myanmar's military buying another bullet, bayonet, rifle or even "camouflage underwear" for their soldiers. #NotOneBulletMore https://t.co/1MeKiDt0dW 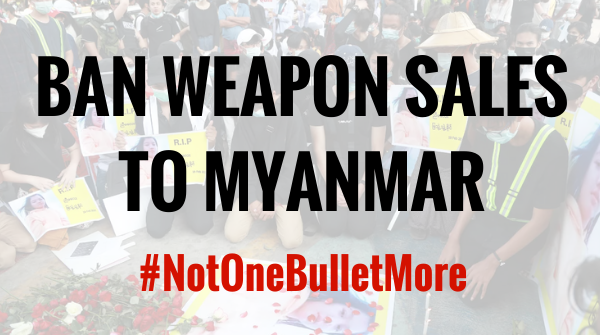 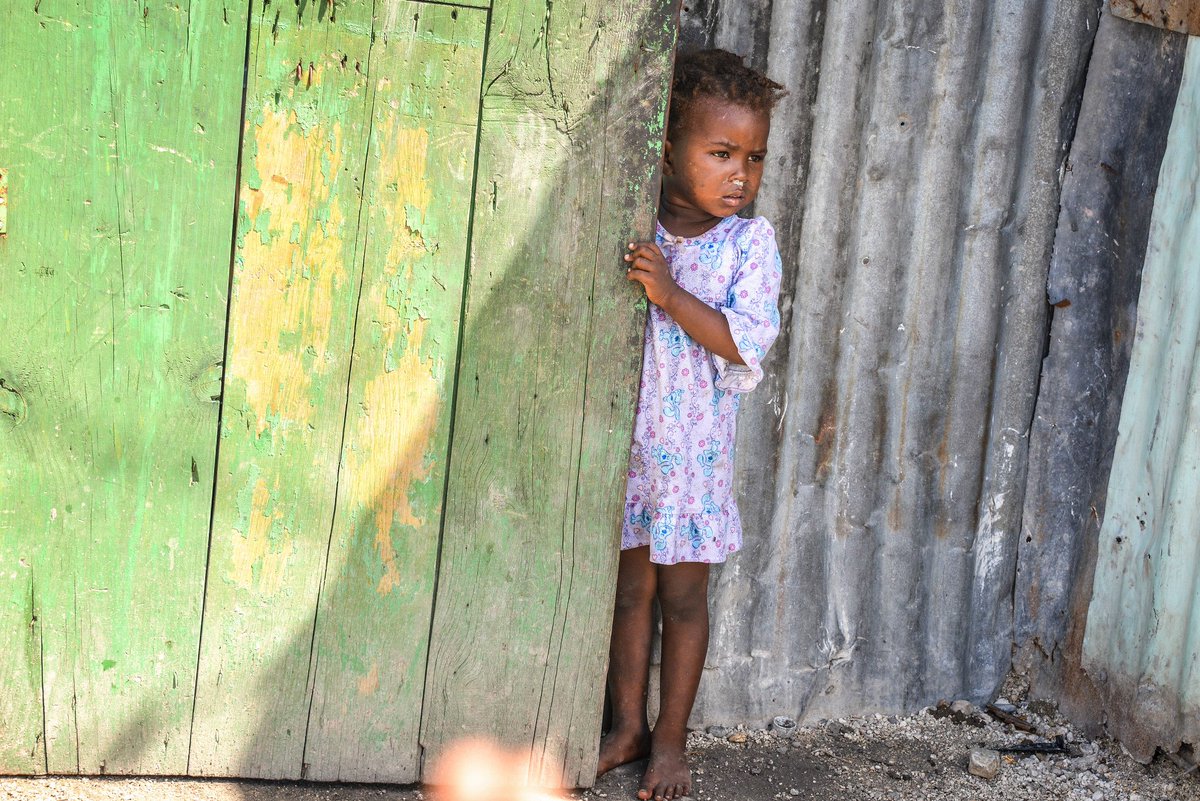 India and South Africa have proposed a waiver on vaccine patents at the WTO, that the US is now prepared to support. nytimes.com/2021/05/05/us/…

#LiarTrump Trump has never spoke the truth so why is it that he is not being charged for hosts of crimes since he left office of Potus .

Get the global economy rolling twitter.com/janschakowsky/…

Incredible that it took so long twitter.com/latimes/status…

More than 3 years ago, Bryan Chavez hugged his mom goodbye inside an immigration office, scared that he would never see her again.

On Tuesday, the pair were among the first families separated during the Trump administration to be reunited under Biden.https://t.co/V81A2kQ3Ng pic.twitter.com/PK9RLtdzTo

.@USAID giving a 5-yr "award" of up to $300mn to @Unicef for programs in health, education, water, sanitation& hygiene; youth engagement & child protection. US already gives $134mn annually to Unicef [@PowerUSAID now heading the US agency]

It was the first time a French president had specifically condemned Napoleon’s re-establishment of slavery in the Caribbean, after its post-revolutionary abolition in 1794. @NYTimesCohen @ConstantMeheut nytimes.com/2021/05/05/wor…

Liz Cheney: The GOP is at a turning point. History is watching us. washingtonpost.com/opinions/2021/…